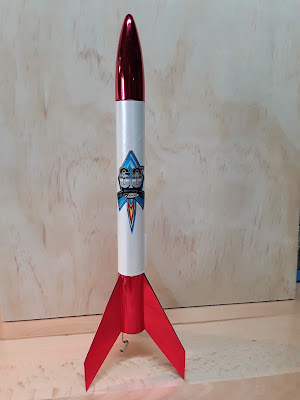 When I first learned that Estes Industries had produced a special edition of the Alpha model rocket to commemorate the company’s 60th Anniversary, it was a no-brainer that one should be added to my list of ‘must-haves’ for the fleet.


Since the Hobby Lobby stores carry this model in their sales inventory, one was quickly located and purchased, utilizing a 40% off coupon, of course. 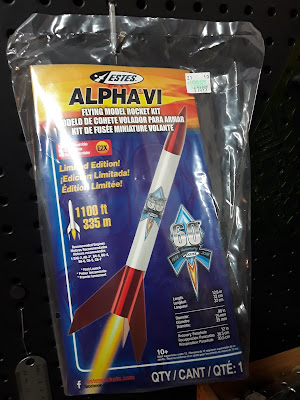 Being an E2X model, the Alpha VI is a very quick build.    In just a little over an hour from opening the kit, the model was rendered flight-ready, even with the extra embellishments/techniques I employ in my model rockets.


Here is a picture of the kit parts, laid out all nice and ‘purty’. 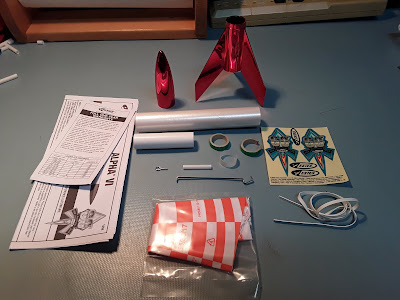 One of the first things I do when I build a kit is to throw away the stock rubber shock cord and replace it with a better, longer fiber-elastic one.


Because I intend to fly this model only once, I settled for keeping the original rubber shock cord, but I did tie an additional one on to double its length.
No nose cone snap-back damage for this Alpha VI ! 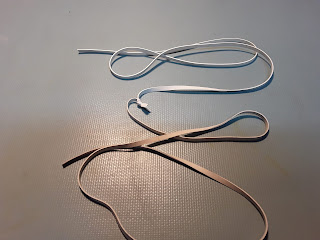 Another modification I make on any kit build is to replace the bulky ‘tea-bag’ style shock cord mount with a section of manila card stock with three slots through which the cord is threaded and glued. This is similar to the old Centuri / MPC style mounts. 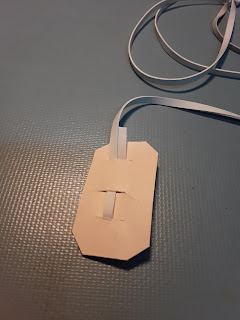 The only major down side to the Alpha VI kit is that the body tube is pre-finished, precluding the ability to fill and hide that horribly unsightly spiral seam.   I will just have to live with it.


All in all, the model turns out looking quite spiffy !  A nice addition to the long history of this famous model rocket design.


The final touch on my bird is to apply some rub-on fleet number decals. 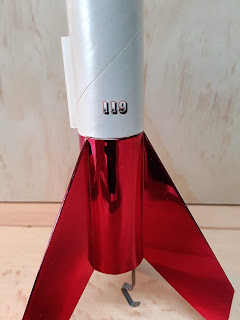 #119 is scheduled to be launched at my first flying session for 2019, after which it will be retired and reside permanently in a display case.  I don’t wish to have a model in my fleet that hasn’t flown at least once.


Here is another pic of the completed model: 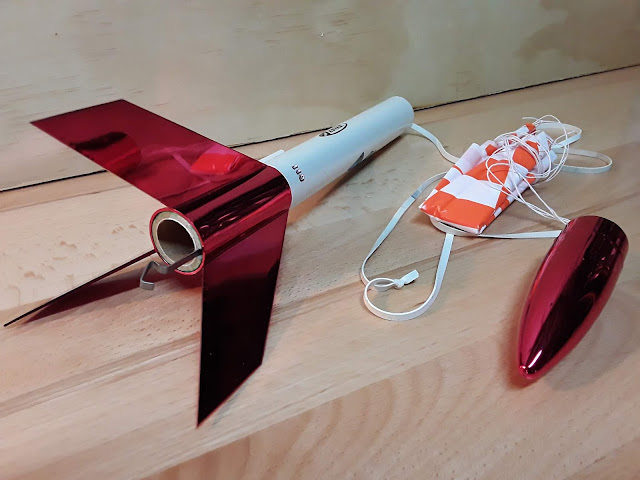 Ed Mitton
Hailing from Castle Rock, Colorado, I enjoy many interests: Model Rocketry, LEGO Building, Hand Tool Woodworking, Music Performance, and, as if that weren't enough, I also dabble in numismatics, philately, electronics, gardening/landscaping, cartooning/graphic art, American Civil War history, and I like to read a lot. Did I mention that I like to write, too?

All Of My Blog Pages