My first launch session of 2018 took place on Friday of the New Year week.  Checks of local weather and wind websites showed afternoon temperatures in the mid -50s and minimal wind.  Ideal.  I was off from work for the whole week and my two grandkids, ages 7 and 9, were still on winter break, so they came along to fly their Generic E2X models.


Arriving at Dove Valley Park at 1 p.m., we found that the temperature was at 56 degrees with high overcast, and NO wind whatsoever. 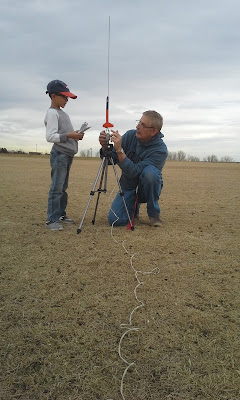 The first model off the pad was the Hornet for flight number 38.  Once again, the bird performed very well on an A3 engine, deploying its parachute and landing very close by. 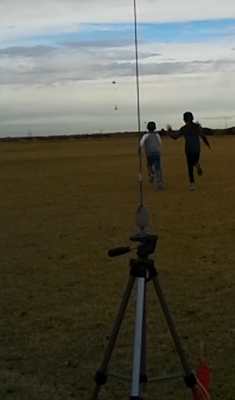 This was followed by flights of the kids’ Generic E2X rockets, all on A8-3 engines.  The grandson flew his once and his older sister flew hers twice.  All performed flawlessly, and were recovered very near to the launch pad.  I was really liking these calm conditions! 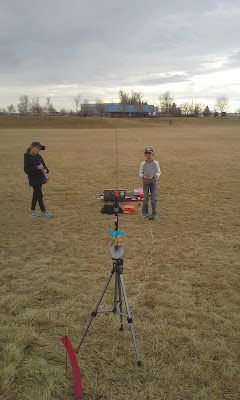 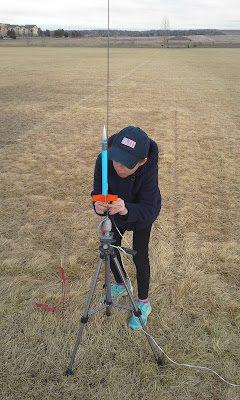 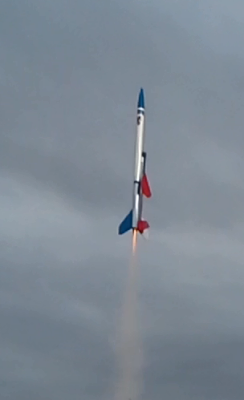 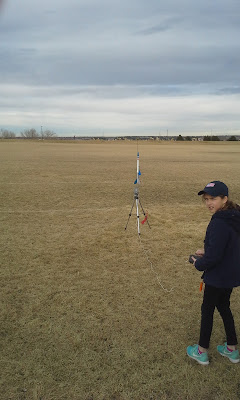 Next, it was time to fly some gliders.  The Griffin-2 and Firefly parasite were prepped and placed on the pad.  The tandem lifted off nicely on B4-2 engine power, achieving a respectable altitude.  The Firefly detached immediately at ejection and started a flat, straight glide toward the northwest.  The model has no turn trimming whatsoever, so I knew it would glide for a long distance.  It ended up flying out of the park boundary and landed in the median of the adjacent street.  I timed the glide duration at 71 seconds.  I definitely need to work on further glide trimming to instill a turn in its flight pattern.  As for the Griffin, it deployed its parachute and landed softly very close to the launch pad. 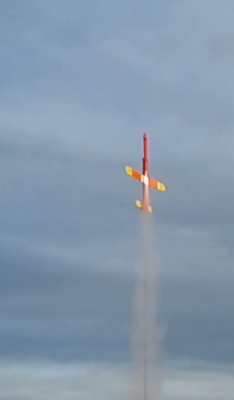 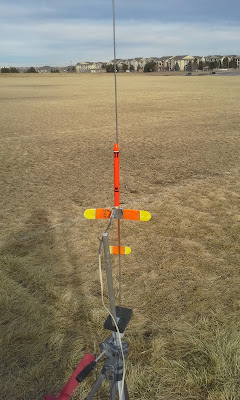 Next up was the Mini-Maggot-3 boost glider.  A 1/2A engine sent the model straight up to altitude where glider separation occurred perfectly.  Unlike the Firefly, this glider is trimmed to describe about a 25’ diameter right hand circle.  The MM3 circled gracefully straight over head and landed about 30 feet from the launch pad after a 56 second flight duration.  If this glider ever catches a thermal, I’m afraid it will be “Bye, Bye, Birdie!” 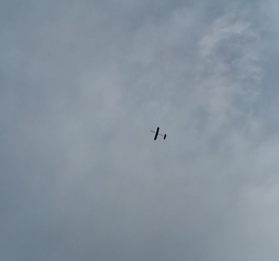 The final flight of the day went to the Estes Lynx.  An A10 engine took it perfectly straight and high.  Unfortunately, the parachute didn’t open so the model took a rather hard landing.  Luckily, the only damage sustained was the loss of the dowel ‘antenna’ detail on the rear dorsal fin.  An easy repair.


Failure analysis revealed that I had committed a dumb ‘rookie’ mistake.  Forgot to powder a new parachute….


Anyhow, it was time to pack up and head home, having completed seven highly successful model rocket flights in absolutely ideal flying weather. 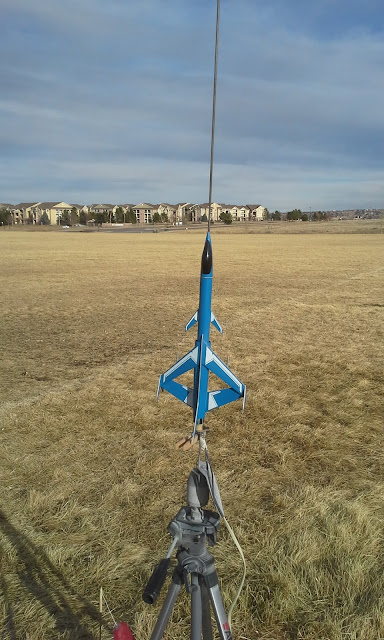 Again, it was great to have the grandkids along – they performed all of the button pushing and model recovery – except for the fly-away Firefly, of course.
Posted by Ed Mitton at 6:41 AM

Ed Mitton
Hailing from Castle Rock, Colorado, I enjoy many interests: Model Rocketry, LEGO Building, Hand Tool Woodworking, Music Performance, and, as if that weren't enough, I also dabble in numismatics, philately, electronics, gardening/landscaping, cartooning/graphic art, American Civil War history, and I like to read a lot. Did I mention that I like to write, too?

All Of My Blog Pages